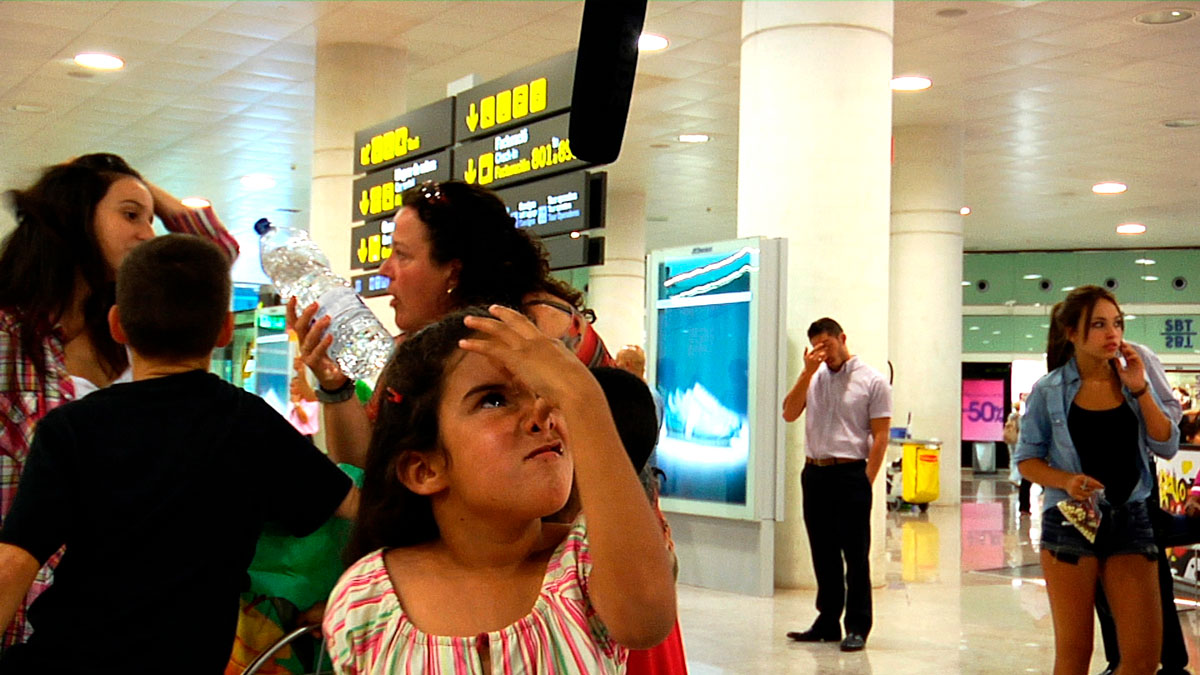 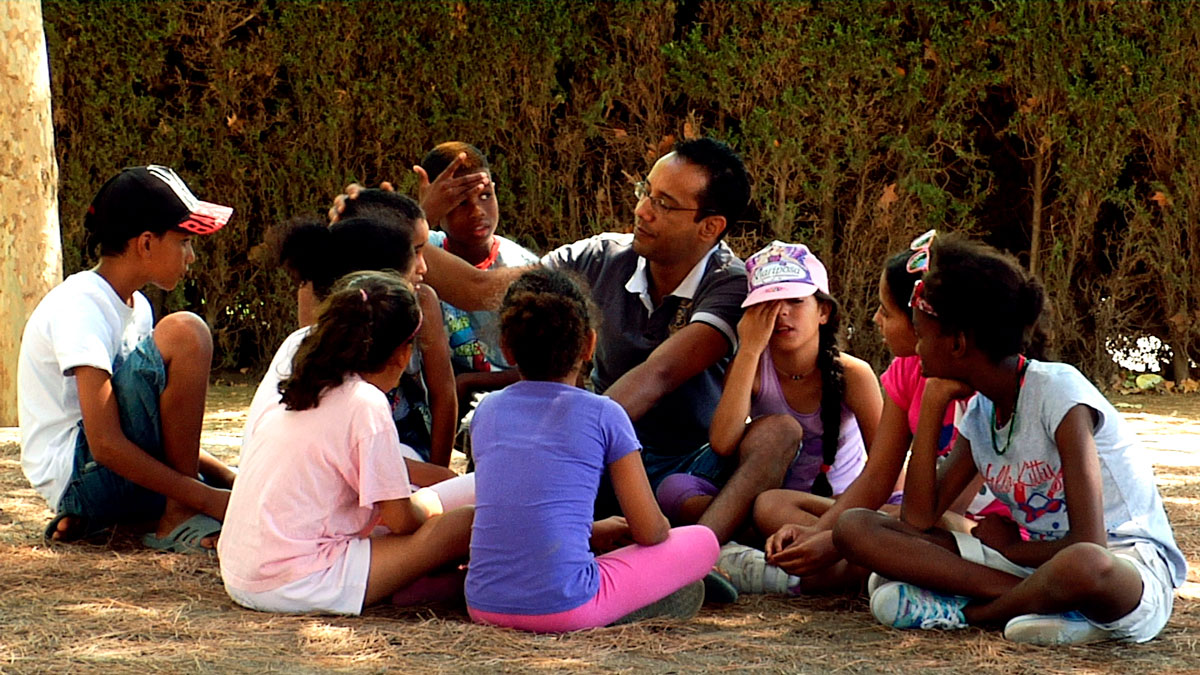 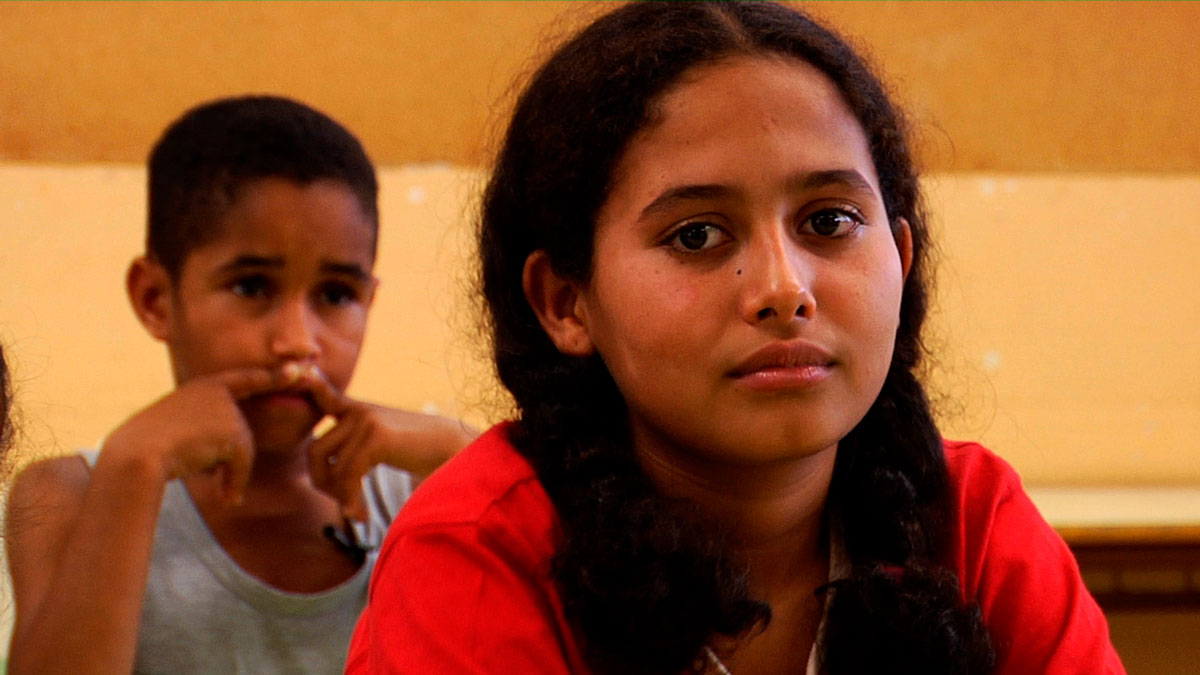 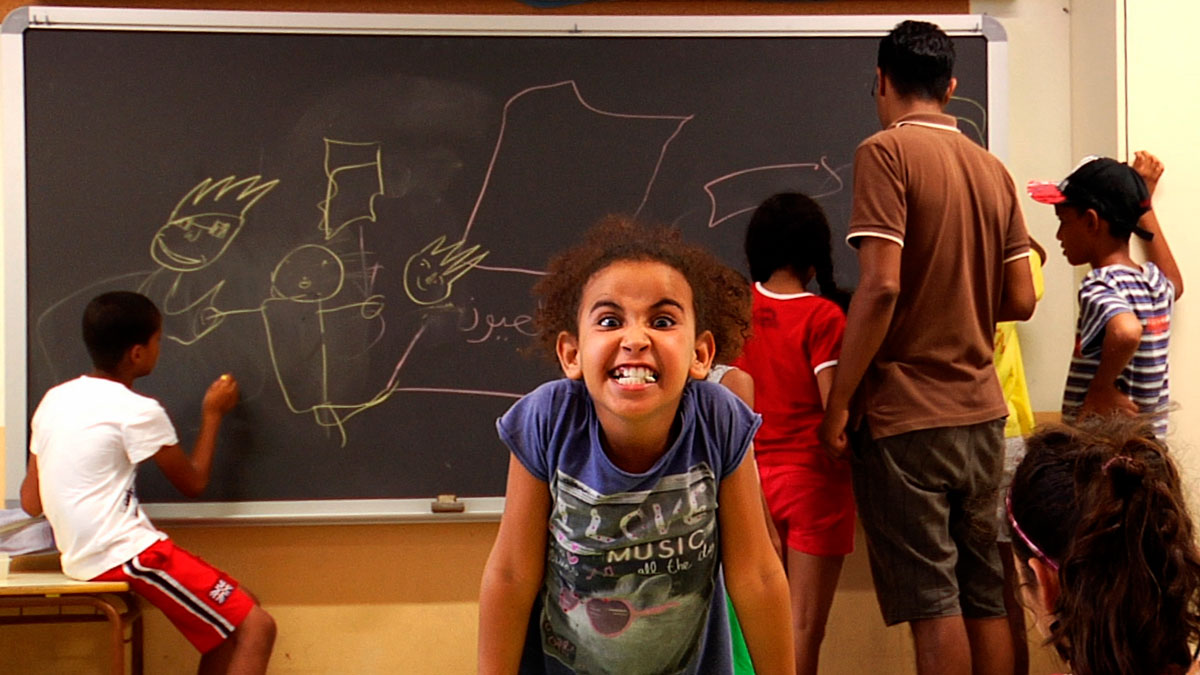 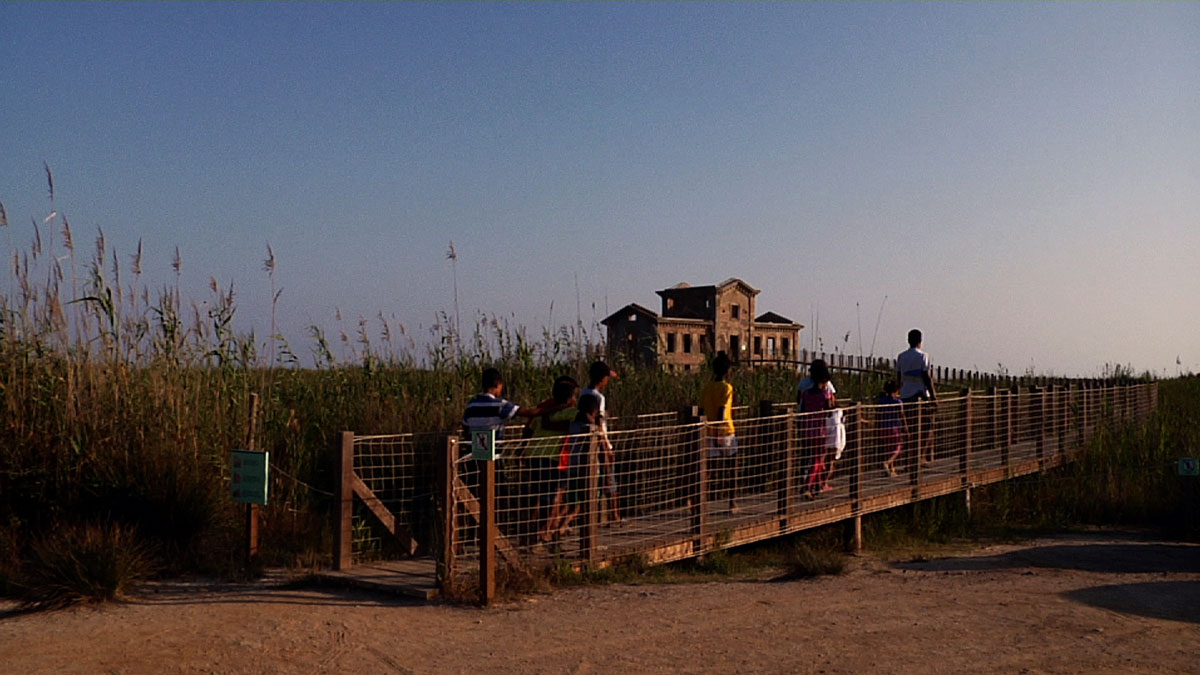 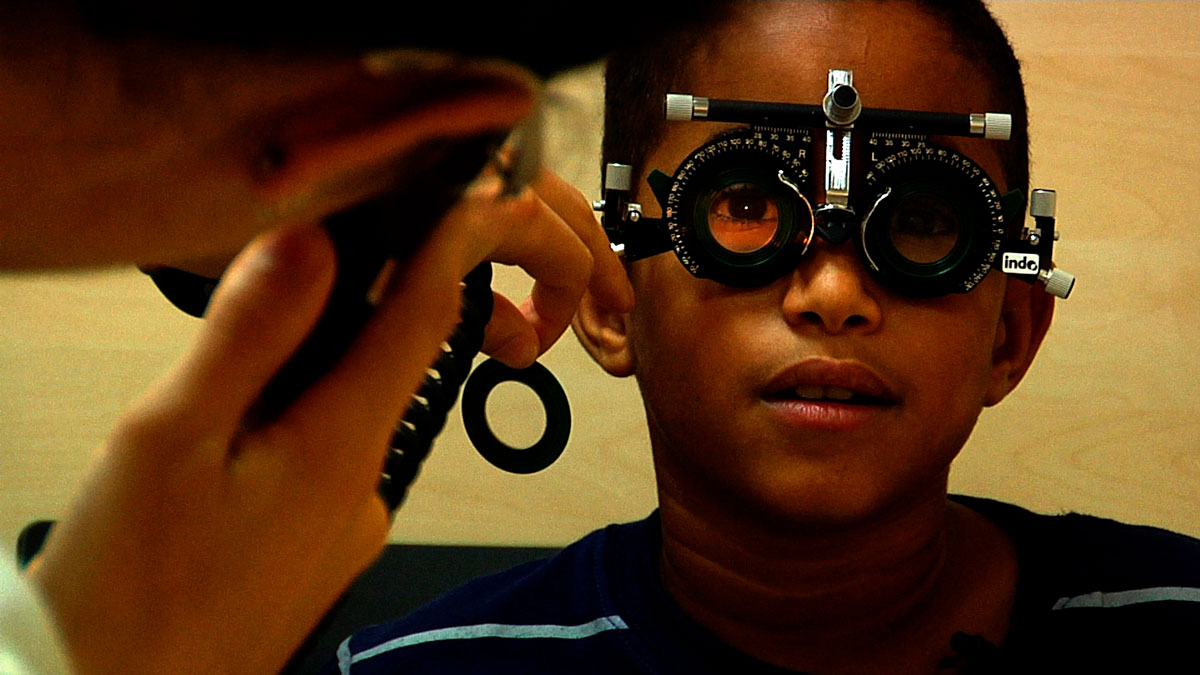 In 1961 Jean Rouch shot La pyramide humaine, a masterpiece that draws suggestive lines between a political conflict and the art of creation itself. We discovered it in the summer of 2012 when we were commissioned to shoot the stay of some Saharawi children in Barcelona who were going to spend the summer months with host families. Nothing seemed more inspiring than diving into the essence of that film. And we dared to play.

An audiovisual experiment, an imperfect story with three protagonists: a Saharawi friend in exile, a group of kids from the desert and a theater play.

Erika / Xavi, I have watched “The Show”. Above all I must highlight the freshness of the documentary and that radiated by those children, so well captured by the camera. From the beginning there is a thrill of emotion, I don’t know if it is intensified because I know what it is about (uprooting, the innocence of children, a forced or fugitive defector, the despotic imposition of power…) and the counterpoint of a poetic idea as an evocation of a territory and a way of being and living: the desert dunes that, although at an infinitely slow speed, move, shift, and constantly transform the landscape of the Sahara.
How can one stop this natural and eternal power? Of course, this beautiful idea is not explained but it would lend itself to another documentary. I liked it a lot.

As for the formal treatment of the documentary, it seems very good and precise. Unpretentious, it focuses on what tells us more about the group and the initial objective. An intuitive casting on the go to distribute the roles and the transversal irruption of what children think, believe and love. The attention given to the future protagonist offers a lot in and of itself and is very accurate. I have nothing to object to in terms of the rhythm, it advocates an unexpected outcome, it is not known which at the beginning but you expect it. And it occurs. And when it does, there is no bad taste in your mouth, rather more emotion. The final words of Hassan, I think they come in handy: they are not an excuse, they are part of the vital condition of being, in this case, of the Saharawi who, without losing his breath, or losing himself in wanderings, explains to himself and whoever wants to listen that the sun rises every morning and is always different, like life itself and we must be prepared to adapt as the Saharawis have been doing for so long. I liked it a lot. Congratulations!